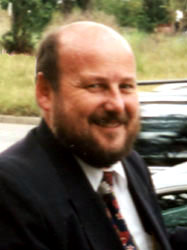 I was born in rural New South Wales, Australia, and left the farm to pursue a career in mechanical engineering. I still retain my close association the rural industries but have extensive exposure to many other industries.

I gained a Bachelor's degree of Mechanical Engineering Degree in 1980 from the University of New South Wales, Australia.  Even in my final year, I tended towards a more generalist approach to engineering with subjects ranging from the traditional core subjects through to studies in solar engineering, operations research, air conditioning, and of course acoustics & vibration

Since graduation, I have returned to University at various times to advance my studies in acoustics.  During those times, I was called upon to assist in the training of young engineers in the traditional subjects, as wells as lecturing in architectural acoustics to Architectures students (University of Newcastle 1984 to 1986 inc.). I have also been a guest lecturer at Technical And Further Education colleges in courses for Council Officer Noise Certification courses and audio engineering courses.

My career in Acoustical Engineering started in 1981. Initially, I worked in small consultancies mainly in the architectural acoustics area.  This progressed in other firms to industrial acoustics work. In the mid 1980s, I was involved more into acoustics within the mining area, with clients in the open cut extraction of coal.  1987 saw me employed by BHP Engineering, with a side excursion in the CSIRO (Commonwealth Science & Industrial Research Organisation).

The CSIRO work took me deep underground in many coal mines doing acoustic research, literally at the active 'coal face'.  When that work is finally applied into the coal industry, coal miners will no longer need to operate machinery in close proximity to the coal face.

Within the BHP group of companies, the emphasis moved to heavy industrial acoustic engineering. In 1988, I became the engineer responsible for the acoustic design of an entire steel mill located in a highly noise sensitive residential area of the city of Sydney. Even after the mill was in full production the local residents were still waiting for the noise to appear.  Many other assignments followed in the residential, commercial & industrial areas, as I continued to service the acoustic need s of the Corporate, Steel, Mining & Property areas of BHP group of companies.

In 1993, I joined a small private acoustical consultancy. Even then, the size of the projects did not decrease. As well as commercial and residential projects, we undertook major whole plant acoustic projects in industries as diverse as aluminium smelting, oil refining, and hydro-electric power generation.  Frequently, these were the projects that had defeated several other consultancies before us, only this time the client was handed an answer and a solution, rather than a shrug and an apology.

In early 2002, I formed BGMA to continue to service the needs of industry and the community with a far more diverse clientele.  Many of my more recent clients have been in the entertainment and hospitality industries, as well as projects for a variety of projects for religious groups.

Starting in the mid 1990s, I undertook studies in traditional Feng Shui.  This resulted in my travelling to Malaysia in 2000 to study authentic Feng Shui with Lillian Too leading to certification as a Master Practitioner of Feng Shui.

I am currently a full & recognised member of the following professional bodies: